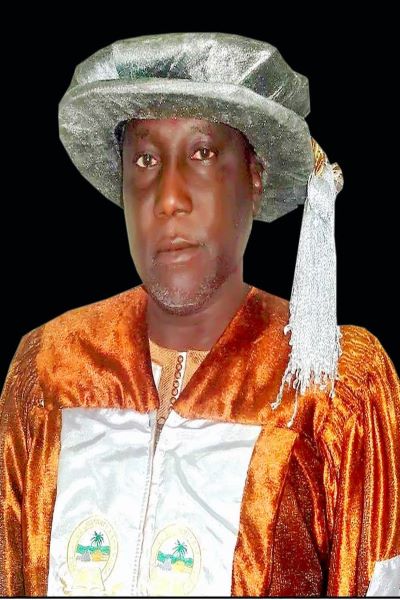 Professor Taura has attended over 16 Conferences, Workshops and Seminars within and outside Nigeria and is happily married with children and grand children. 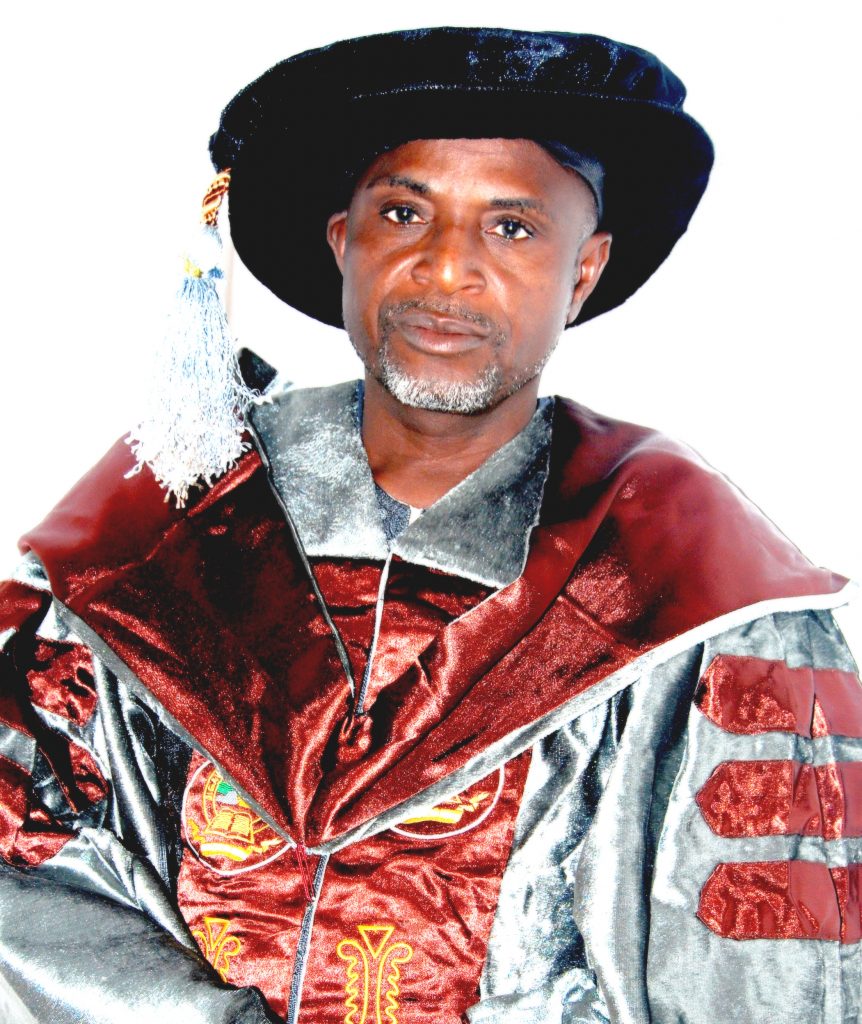 Prof. Saje, 60 is a Professor in the Department of English and Literature, hails from Hadejia town in Hadejia Local Government Area of Jigawa State. A seasoned educationist, Saje obtained Teacher Grade II Certificate, Nigerian Certificate in Education(NCE),B.A(ED),M.A and Ph.D in English Literature from Teachers College Hadejia, College of Education Gumel, Jigawa State and Bayero University Kano respectively between 1974 and 2010.His teaching career dates back to 1979 where he taught in several Primary and Secondary Schools, Teachers College Hadejia; College of Education,Gumel; University of Sierra Leon, Freetown; Yusuf Maitama Sule University, Kano and finally joined Sule Lamido University,Kafin Hausa in April,2014.Until his appointment as the second DVC for the University,Prof. Saje was the pioneer Dean of Student’s Affairs, Director School of Preliminary Studies and Acting Dean, Faculty of Humanities of the University. He has supervised a number of NCE and undergraduates research projects.A consultant to the British Council on Teaching Knowledge Test (TKT)  Content and Language Integrated Learning (CLIL)which is concerned with building the capacity of English Teachers in Nigeria.Saje is author and co-author of number of publications among them: Saje, U and Tukuntawa, I. S. (2014). “Children’s Literature and     Cultural Integration”, International Journal of African Studies and Education (INJASE), official Journal of Global Forum for African Studies and  Education (Glofaseafrican), Vol.2, No. 2, PP. 152-158,Saje,   U. (2015). “The Socio-Political and Moral Vision of Abubakar Gimba in Footprints,’’ International Journal of African Studies and Education (INJASE), official Journal of Global Forum for African Studies Education (Glofaseafrican), Vol. 3, No.3, PP. 135-141; Saje,  U. and Bappa, A. (2015). “The Poet as a Cultural Revivalist: A   StudyOjaide’s Invoking the Warrior Spirit”,  Journal of  English Language Teachers Association of  Nigeria (JELAN), Vol. 5, PP. 111-119;Saje, U. (2015). “Islamic Universities and Ethical Issues: A Literary Perspectives”, Islamic Universities, Philosophy and Practice:Proceedings of the Second International Conference on Islamic Universities, IIIT, Nigeria PP. 89-101;Saje, U. (2016). “ Language, Literature and the Representation of Corruption and Violence  in Modern African Literature: A Study of  Three Novelists”, Northwest Multi-Disciplinary Journal, Northwest University, Kano, Vol. 1, No. 1 PP. 247-168 and many more. 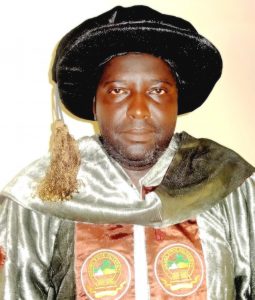 He is recipient of Garki Progressive and Awareness of Youth Association (GAPAYA) award for appreciation of his Gallantry Support and Contributions toward the Educational Development of Garki Local Government Area. 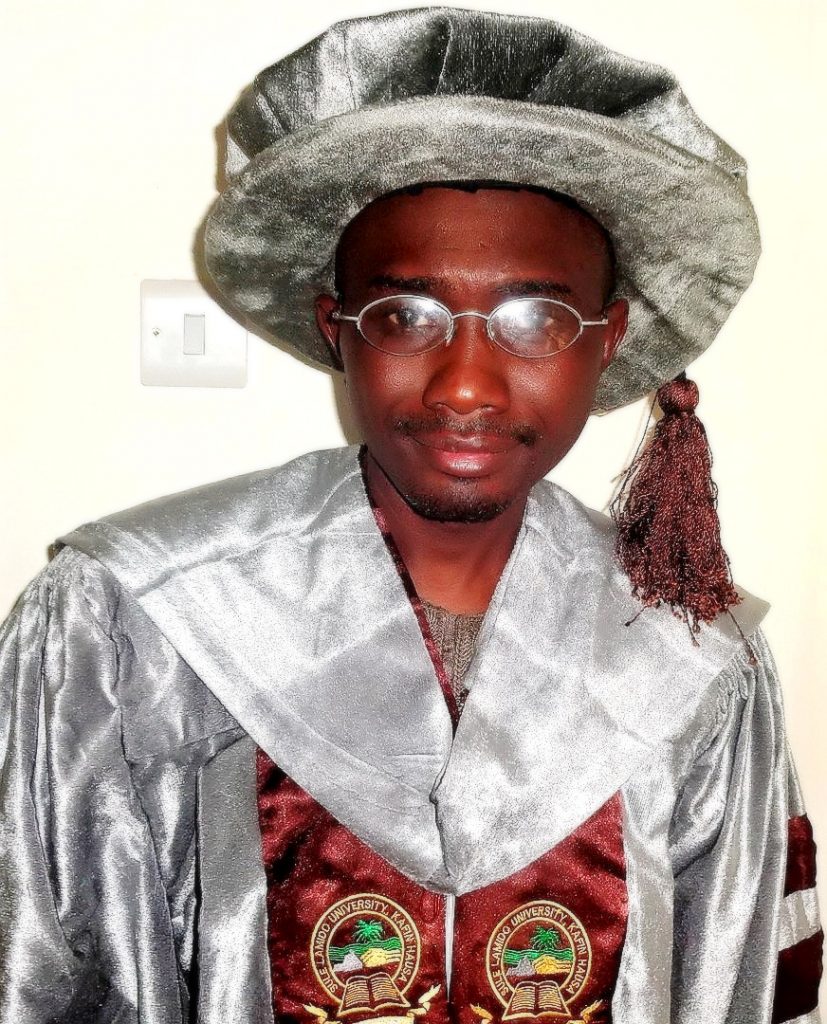 Until his appointment as registrar of the SLU, Mallam Mohammed rose from the rank of Administrative Assistant to the rank of Deputy Registrar in Ahmadu Bello University Zaria (ABU).He also held the position of Acting Director, Public Affairs in the ABU between December,2016 to June,2018 after which he proceed to SLU Kafin Hausa as Deputy Registrar on Sabbatical in August,2018. 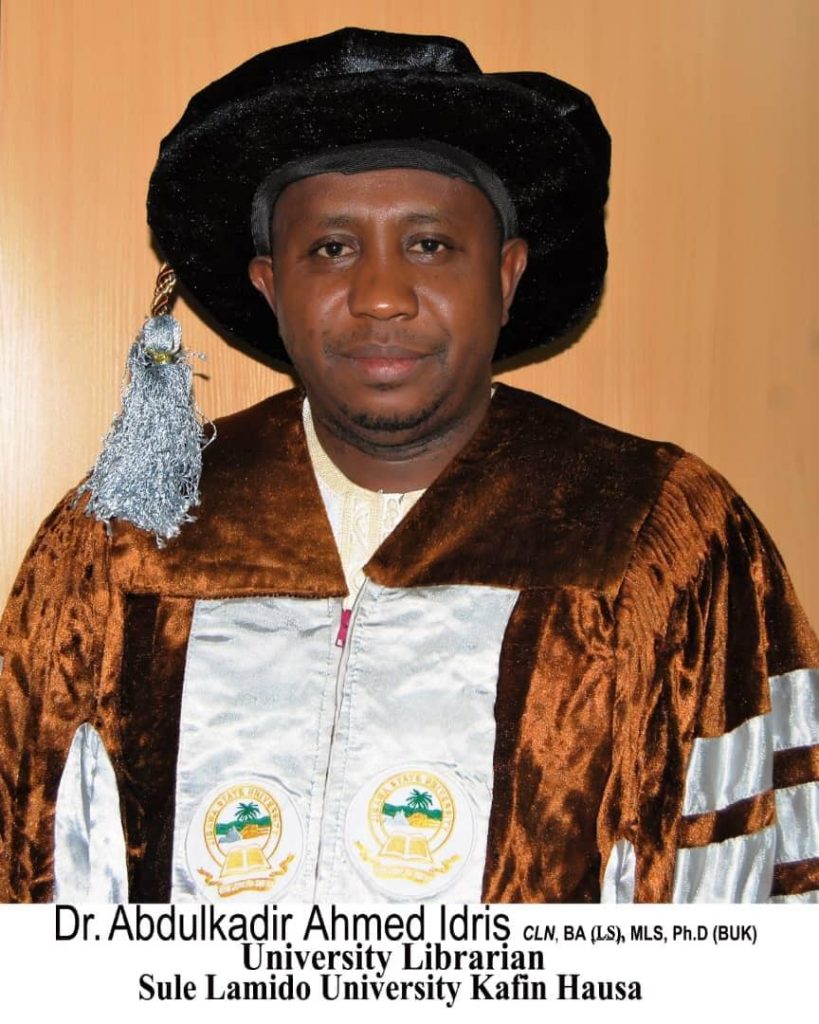 The University Library Services is headed by Dr. Abdulkadir Idris AhmedCLN as University Librarian, before his appointment; he was a Senior Lecturer with the Faculty of Education, Bayero University Kano. Abdulkadir was born in Gwale Local Government Area of Kano State, Nigeria. He attended Bayero University, Kano were he obtained his B.A.L.S and MLS in Library Sciences/Sociology in the year 1999 – 2005 and Doctoral Degree (Ph.D.) in Library and Information Sciences in the year 2017 respectively.

As University librarian, Dr. Abdulkadir was responsible to the Vice-Chancellor for the day to day administration of the university library services and also responsible for the implementation of the policy of the University with respect to the development of library services centrally and at the levels of the Faculties, Departments and Academic Units. Itserves as the centre of varied research and learning activities for both staff, students and other patrons of the University.

Dr. Abdulkadir Idris Ahmed contributed in the academia being an author and co-author of a lot of publications and undertakes a lot of researches and supervised many undergraduate and post graduates student’s projects and dissertations. Dr. Idris is happily married with children. 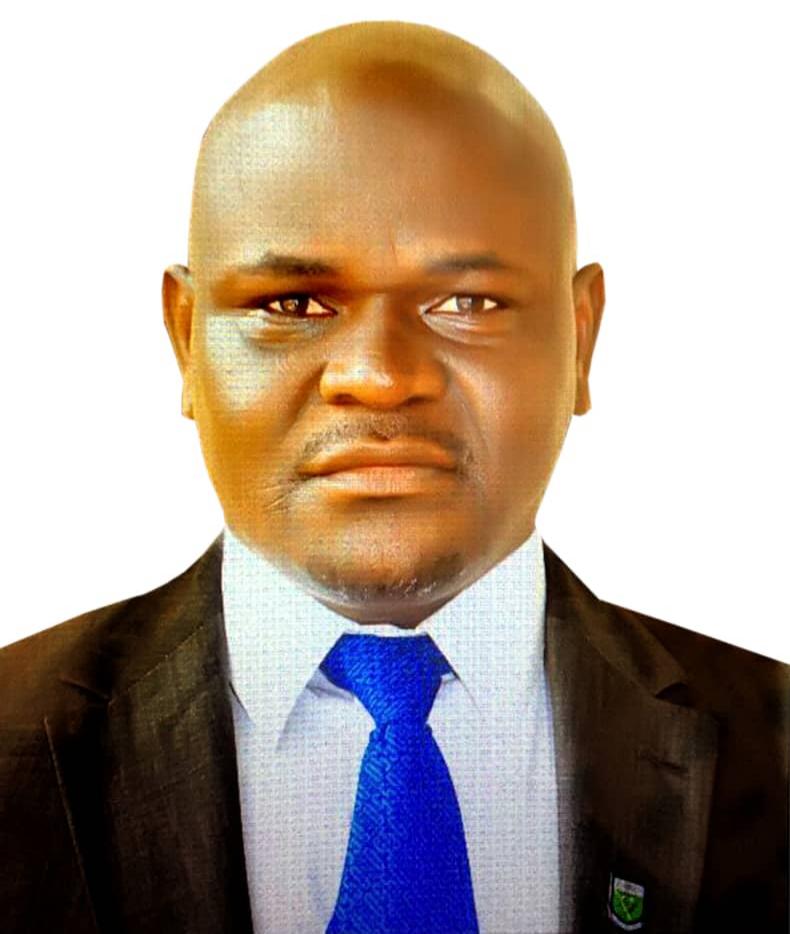 Garba Muhammad attended Kano State College of Arts, Science and Remedial Studies (CARS), Kano for one year IJMB Program from 1991 to 1992, after passing with thirteen (13) points, he was admitted into Bayero University Kano and graduated in 1996 with BSc Accounting second class honors, lower division.

He began his working career in a Private Furniture Company in Dutse, (Aybee Furnishings Nig. Ltd) as an Accountant From 1997 to 2001. From 1998 to 2001 he served as a part-time Lecturer in Accounting at College of Business and Management Studies Dutse, Hussaini Adamu Polytechnic. During the same period, he taught Financial Accounting voluntarily to Remedial Students of Dutse Educational Forum, a non-governmental organization for the promotion of education in Dutse and its environs.

Later in 2007, Muhammad Garba joined the services of Aminu Kano Teaching Hospital, Kano (AKTH) as Principal Accountant on secondement from Federal College of Education Katsina where he worked up to March, 2010. While at AKTH, he headed the Final Accounts Unit, Payroll/Pension Unit and later headed the Main Account Unit, which is responsible for Budget and Expenditure Control. During his stay at AKTH he served as member of many standing and ad-choc committees. Before his exit in March, 2010, he received a commendation letter from the Management of the Hospital for timely Production of Computerized Financial Statement for the year 2007 for the first time in history.

Muhammad Garba was appointed the pioneer Bursar of Jigawa State Institute of Information Technology (Formally Informatics Institute) Kazaure on 31st March, 2010. During his stay at JSIIT – Kazaure, he got another Commendation letter from Jigawa State Ministry of Education, Science and Technology during a peer review visits to all Tertiary Educational Institutions in Jigawa State for outstanding performance in Record Keeping and Funds Management in February, 2012. While at Kazaure, he served as Chairman of Budget Committee, Chairman of the Committee on Review of Scheme and Condition of Service and also served as Chairman and member of many ad-hoc Committees.

He was also appointed as a member of the Implementation Committee for the establishment of Jigawa State College of Remedial and Advanced Studies (JICORAS), Kafin Hausa by the Ministry of Education Science and Technology, Dutse. The Committee was inaugurated on 14th March, 2012. In consideration of his wealth of experience and hard work exhibited at the Committee, the Jigawa State Government, on the recommendation of Ministry of Education, Science and Technology approved his appointment as the Pioneer Bursar of the College on 28th September, 2012, the position he held up to December 1st, 2013.

In consideration of his professional capabilities, the Jigawa State Executive Council at its regular meetings held on 18th July, 2017, appointed Garba Muhammad Dutse a Member of Technical Committee to Diagnose Problems Associated with Micro-Finance Banks in Jigawa State along with Six other members. From April, 2018, the Committee’s term of reference was extended to draw implementation guidelines for the resuscitation of these Micro-Finance Banks in the State as par the recommendations contained on the report of the Technical Committee.

At the level of the Institute of Chartered Accountants of Nigeria (ICAN), he Participated at the 43rd, 44th, 45th, 46th, 48th, and 49th Annual Accountants Conferences held in Abuja in the years 2013, 2014, 2015, 2016, 2018 and 2019 respectively and also the 4th African Congress of Accountants (ACOA), hosted by the Institute of Certified Public Accountants of Uganda (ICPAU) in May, 2017 at Kampala, Uganda in addition to serving in the following capacities at the National and District levels;

The Institute of Chartered Accountants of Nigeria (ICAN)

The Arewa Students Forum recently presented a Distinguish Merit Award to Muhammad Garba Dutse as an Icon of Educational Development at a colorful ceremony in his office on Thursday 19th December, 2019,he is also recipient of FIRS award for the ‘Tax Public Officer of the year 2019’.Garba Muhammad is happily married with Children.

When in University Campus